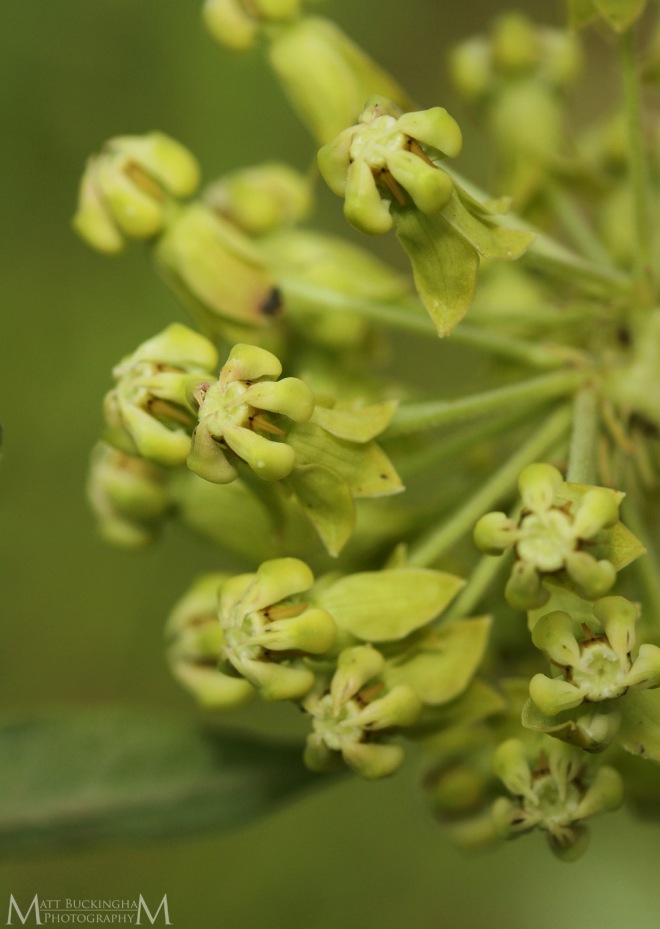 Being a naturalist and outdoor enthusiast can be frustrating.  I would go so far as to say at times it can be downright miserable.  Ask any avid hunter, fisher, backpacker, hiker, etc. etc., and I’m sure they could provide a wealth of stories of unpleasant and unwelcome experiences in the natural world.  Whether it be elusive quarry, unfavorable weather conditions, disorientation, illness, or any combination, one has to have a true love for the natural world to return time and time again for this potential abuse.

To me, being a photographer can be even more frustrating.  I have passed the point in my photographic pursuit of just taking a photo.  Don’t get me wrong, I think that can be an enjoyable and worthy pursuit, but at this stage in my evolution as a photographer, I am interested in capturing unique and hopefully striking images.  To achieve this I am at the mercy of the elements, and lighting is key.  For wildflower photography I find overcast skies to produce the best light.  For most species cloudy days offer the best opportunity to capture their flowers’ true colors, and a lack of harsh shadow allows the capture of maximum detail.  While equipment and technology like sun shades and flashes can help, there is no substitute for natural light.

Before I get too far off topic, I’d like to return to my target species.  I’ve been interested in looking for Asclepias tomentosa for some time now.  It is an interesting milkweed that occurs on a variety of woodlands on deep sands.  In eastern Texas it is found primarily in the central and northern portions of the Post Oak Savannah ecoregion, where it occurs in sandy woodlands dominated primarily by scrubby oaks and hickories.  The range of this species is fascinating, exhibiting a “double disjunction” with three main populations that are separated by hundreds of miles.  The reason for this distribution remains a bit of a mystery.  An interesting paper describing this phenomenon can be found here. 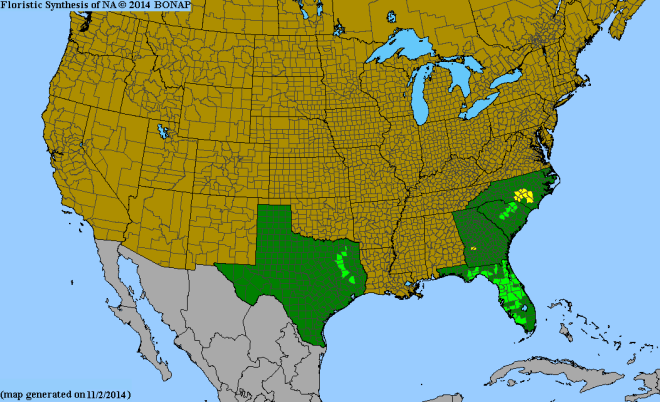 Many naturalists, myself included, take great interest in the genus Asclepias.  Milkweeds are an interesting, diverse group of plants.  They come in a wide array of shapes, sizes, and colors, and can be found in a variety of habitats.  Some are common, bordering on invasive, while others are rare.  Milkweeds are incredibly important for native pollinators, including bees, wasps, butterflies, beetles, and more.  They are perhaps most famous for being the larval food source of the Monarch Butterfly (Danaus plexippus), and are responsible for the insect’s toxicity.

Asclepias tomentosa is quite rare in Texas.  I had a few leads, but was skeptical as to whether or not I would be able to locate it.  Fortunately I found it with relatively little trouble.  The forecast on the day I went looking called for overcast skies with a slight chance of rain.  Perfect photographic conditions, or so I thought.  When I arrived in the central Post Oak Savannah there was nary a cloud in the sky and the mid afternoon sun was beating down on me.  The sun was reflecting off exposed sand.  It was hot.  It was miserable.  I found A. tomentosa growing on a slight slope in sandy soils alongside Tetragonotheca ludoviciana in a matrix of small openings within an extensive svannah dominated by Post Oak (Quercus stellata).

Once I found the plants I set about the task of trying to photograph them.  Holding a 3-foot X 3-foot shade in one hand and my camera in the other, all with the sun beating down on me.  As I sat and knelt in the scorching sand I was immediately impaled by the thorny fruits of Krameria lanceolata and other well-adapted species.  The spines are the plants’ answer to the problem of dispersal, but to me they were literal thorns in my side.  After a short time I thought something along the lines of “forget this”, though significantly less polite.  I decided to explore the area for a while and hope for conditions to improve.

Continuing on I spotted a few particularly robust milkweeds growing in a “blowout”, where an ancient waterway deposited its sediment, resulting in a very deep pocket of pure sand.  Closer examination revealed that they were Sand Milkweeds (Asclepias arenaria).  I was thrilled, as this species was not even on my radar.  Unfortunately, these were even more exposed than the Asclepias tomentosa growing a mile or so away.  I tried to get a few photos, and ended this session on an equally flustered note.  Asclepias arenaria also has an interesting distribution, occurring primarily in the central and western Great Plains.  In Texas it can be found in scattered counties in the western 3/4 of the state, occurring on isolated pockets of deep sand. 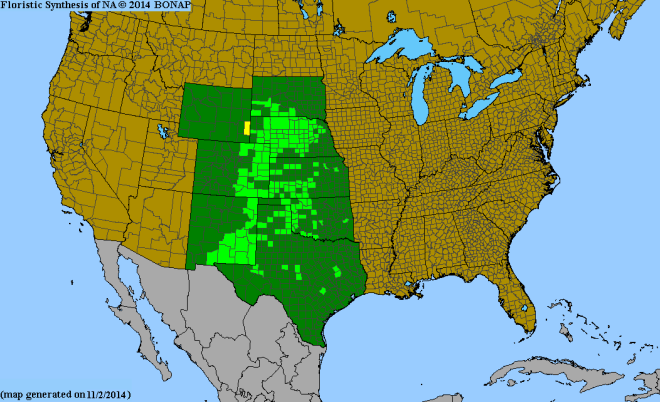 I continued to explore for another half hour or so, finding more Asclepias arenaria, and other interesting species.  As I decided to call it quits and begin my return, I caught sight of some long black thing to my left.  It was an Eastern Coachwhip (Masticophis flagellum flagellum), one of our country’s fastest snakes.  I approached to get a better look, fully expecting the wary serpent to bolt at any second.  Only it didn’t bolt.  Closer still I drew and it stayed put.  I decided to make the most of the situation, and despite the harsh light reached for my camera.  As I was watching the snake through my viewfinder and clicking away, i noticed that the light meter started shifting slowly to the left, and that the harsh shadow under the snake’s head was fading away.  I took a moment to survey my surroundings and realized that a large cloud had appeared to momentarily block out the sun.

Hurriedly I finished with the snake and rushed back to the milkweeds to take advantage of this temporary light, all the while worried I would not make it before the cloud passed.  Fortunately I did make it, and was able to capture images of both milkweed species without the harsh sun.  For all my previous frustration, I ended up achieving exactly what I had set out to do.  In the process I captured images of two species that have seldom been photographed in Texas.

To me, these frustrations are an important part of my love for the natural world.  Perhaps they remind me of its raw, unpredictable, unforgiving nature.  Perhaps they make the victories all the sweeter.  Or perhaps they serve to humble me, and allow me to relinquish control of the untamable.  More likely its a combination of these, but whatever it may be, my frustrations and triumphs in the natural world draw me back in time and time again, fueling my life-long passion for wild places. 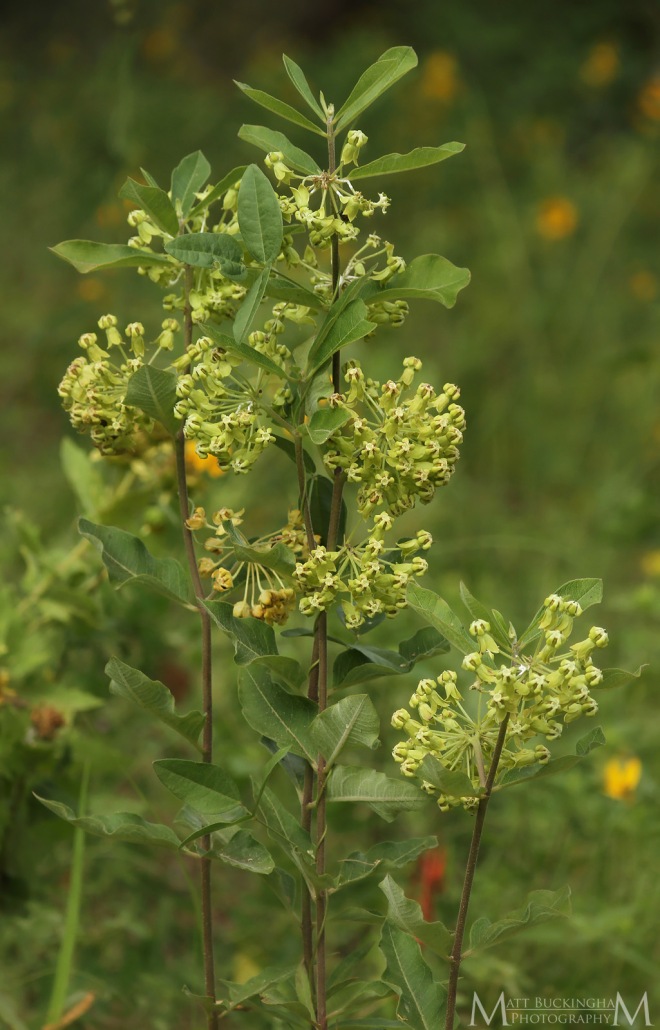 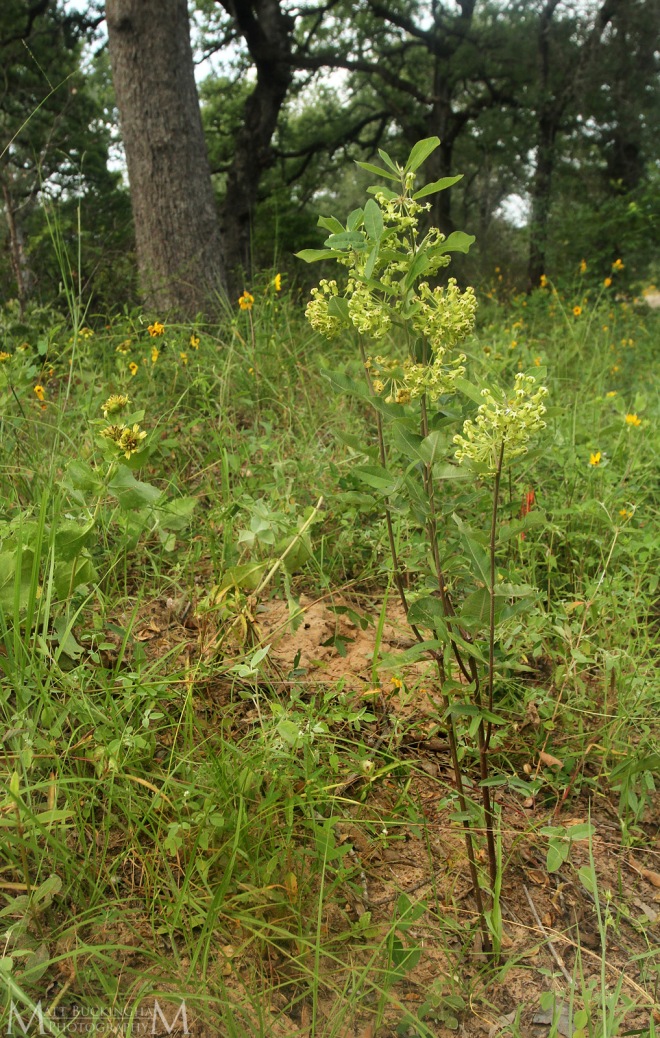 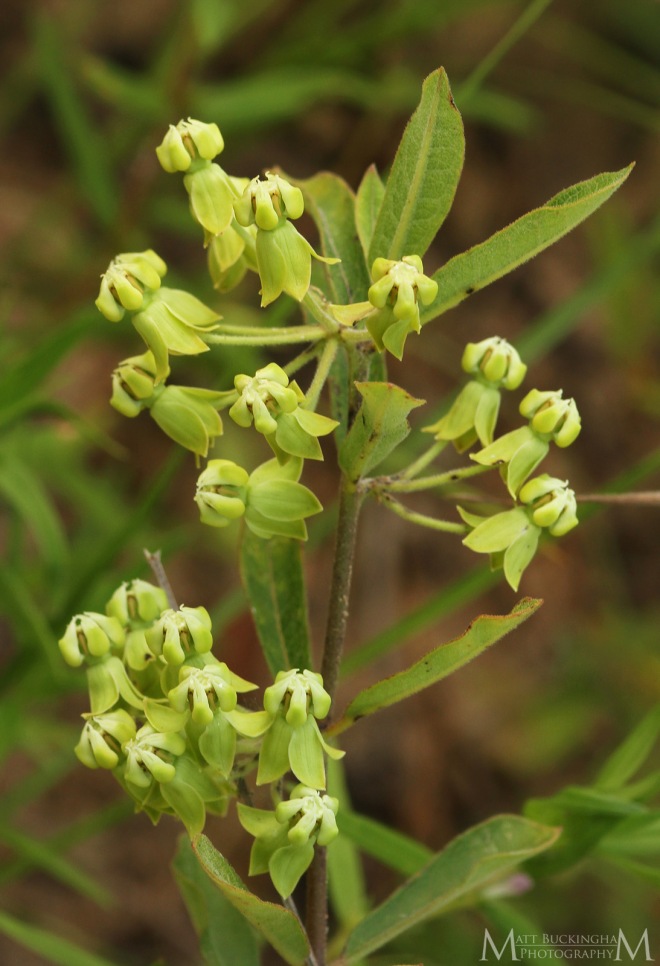 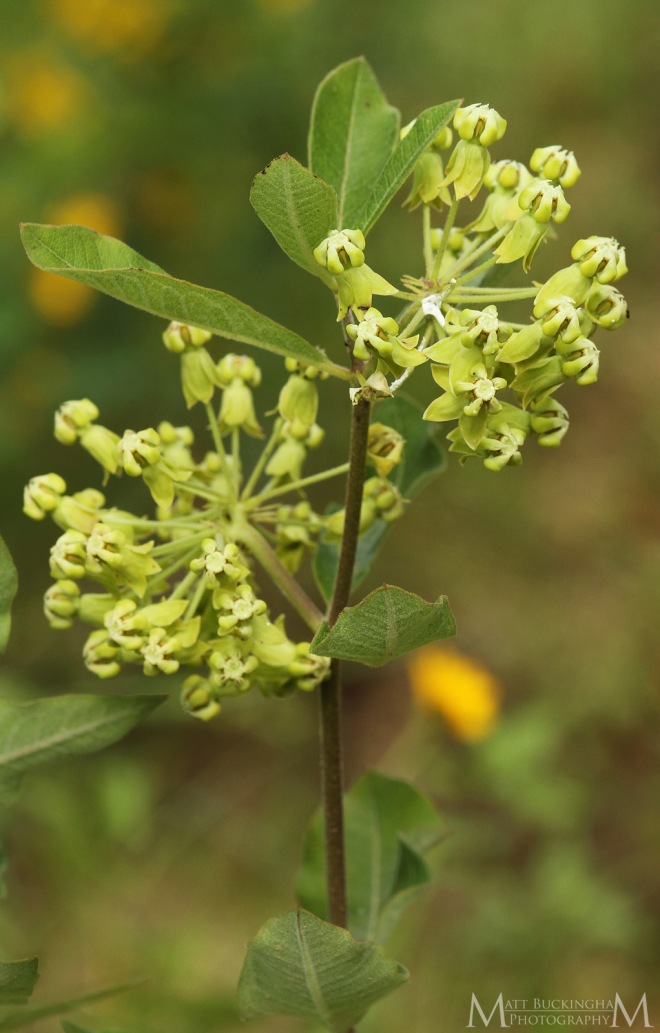 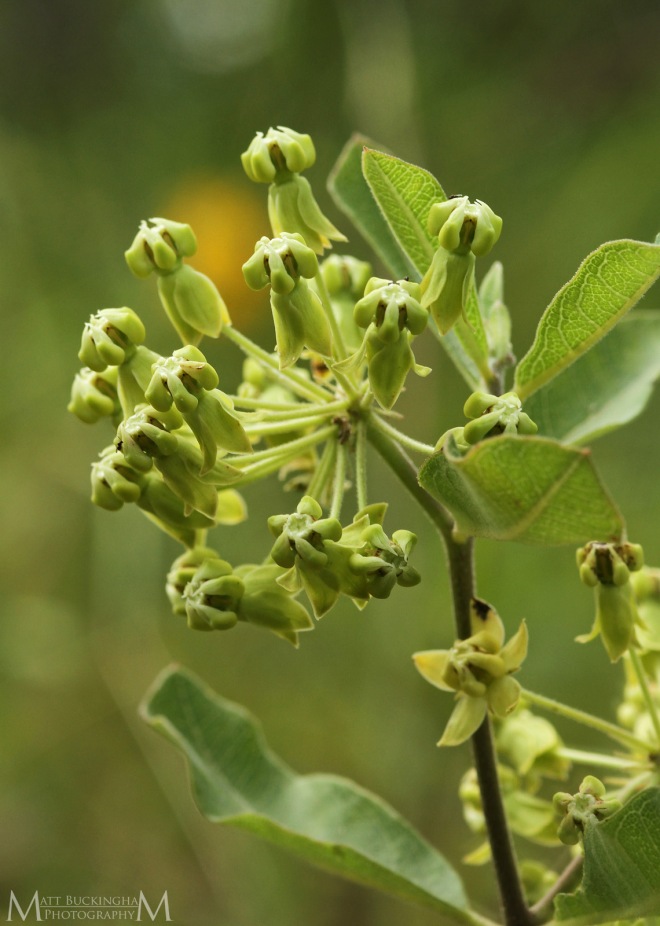 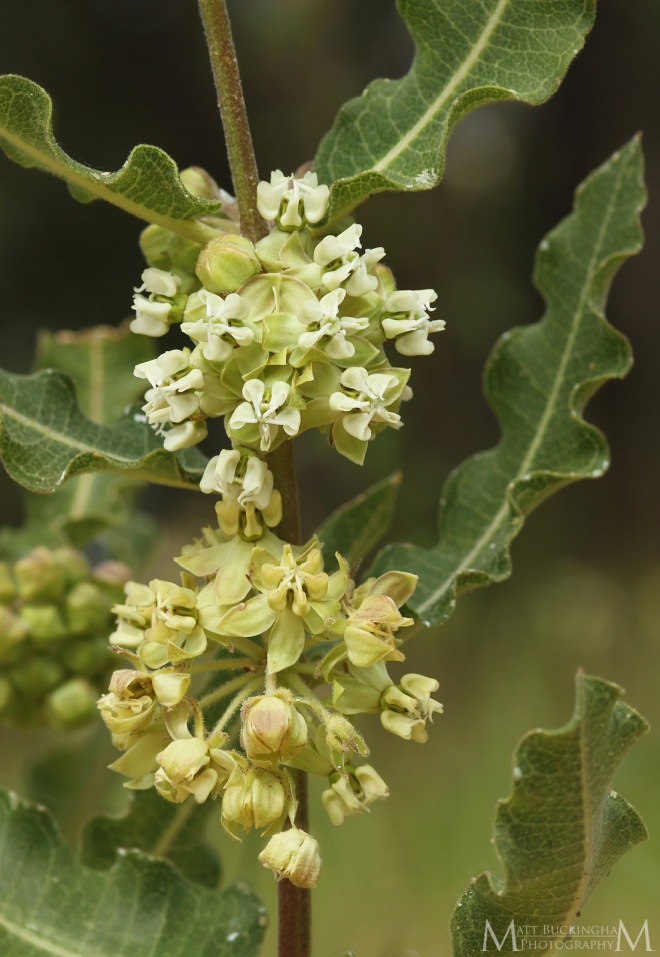 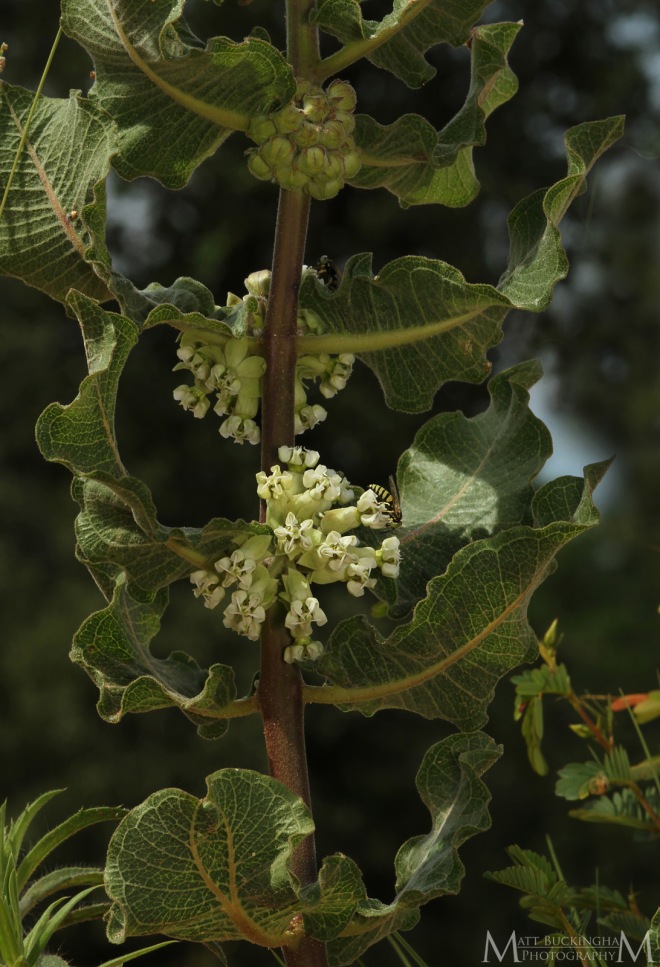 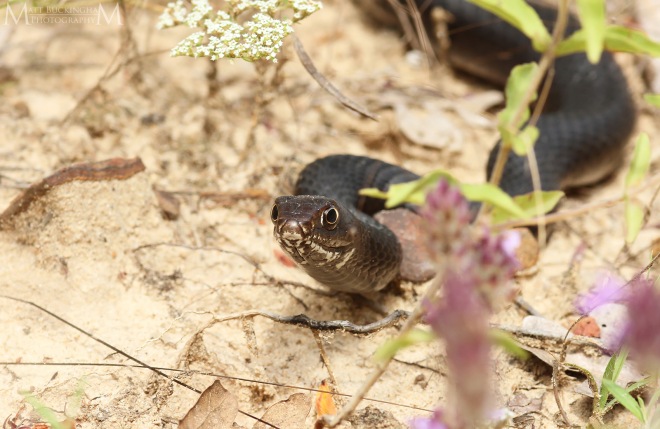