Grimes County sits in an interesting area of Texas, especially for a naturalist.  Here three ecoregions (as defined by Texas Parks and Wildlife) converge: the Pineywoods, the Post Oak Savannah, and the Blackland Prairies.  As one might expect, it is not an abrupt and sudden change from one ecoregion to the next, so what results are certain areas that display characteristics of all three areas.  It certainly makes for an interesting plant community.

In western Grimes County a series of sandstone outcrops of the Oakville formation reach the surface.  These create a stark contrast to the surrounding landscape, resulting in rocky hillsides that exhibit a unique flora.  It was on these remarkable outcrops that I pursued my quarry.

The Missouri Foxtail Cactus (Escobaria missouriensis) is a widespread cactus occurring primarily in the Great Plains and portions of the Intermountain West.  It is a cold-hardy species, reaching as far north as northern Montana and North Dakota.  In Texas it occurs primarily along the eastern edge of the Edward’s Plateau, and outcrops and barrens in the Post Oak Savannah and Blackland Prairies.  On the sandstone outcrops we found them clinging to exposed rocks, and in areas of sandstone and shallow stand over the underlying bedrock. 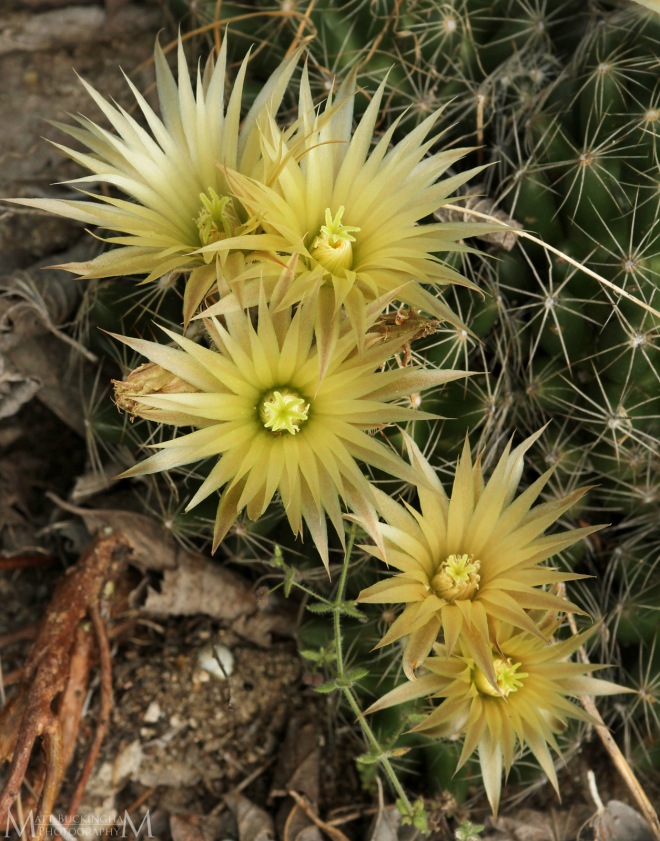 The stems of E. missouriensis are small, inconspicuous, and difficult to see for most of the year.  They sit barely 2 inches above ground level, and in times of drought, moisture loss may pull them down to be nearly flush with the ground.  The plants remain nearly invisible for most of the year until in the late spring their brilliant blooms betray their presence.

The flowers are generally pale yellow and display various tinging of pinks, greens, and tans.  The flowers tend to open in the early afternoon and close at night.  When we arrived at the first outcrop at around 1 pm, the flowers were still tightly closed, but within an hour most were wide open.  The fruits ripen overwinter, and turn bright red in the spring.  Though we did not observe it, I have read that it is common to find flowering plants with fruit still attached.  Under optimal conditions the flowers may last a few days.

Escobaria missouriensis was formerly included in the genus Coryphantha.  Subtle differences in the seeds, flowers, and tubercles are used to differentiate the genera. 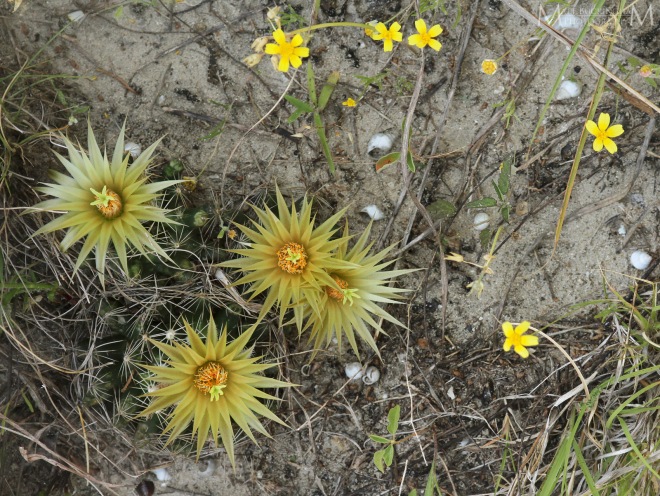 During our visits we saw groupings of various sizes, from single stems to pairs, to clumps of ten or so.  The day provided a wealth of photographic opportunities, and I delighted in moving from cactus to cactus to capture their likeness. 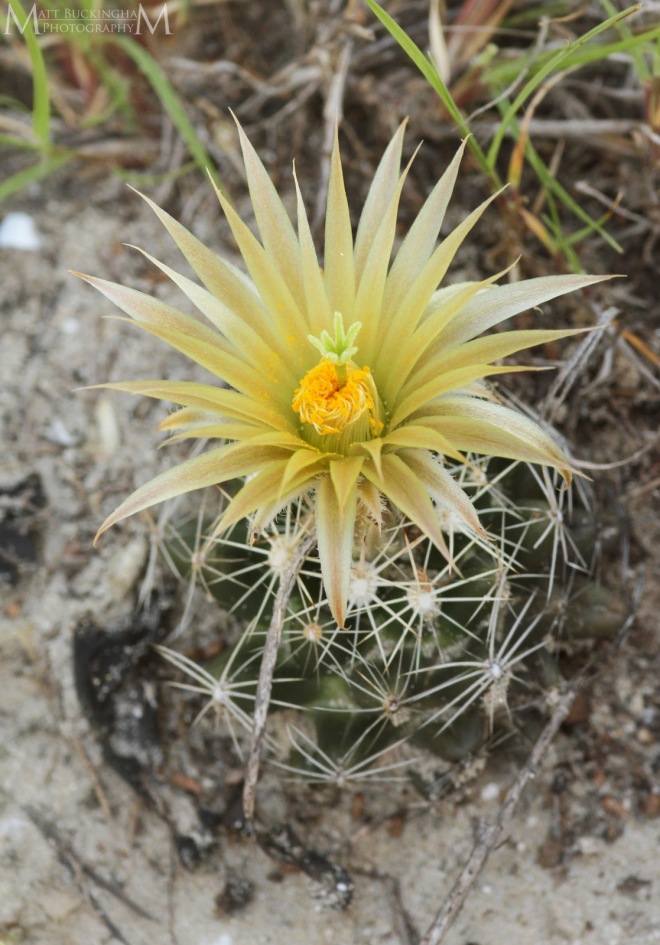 While exploring the most extensive outcrop I came across the fruits of another species on my 2017 list.  I actually saw a large population of Nuttall’s Death Camas (Toxicoscordion nuttallii) in March in the Pineywoods about 30 minutes from my house.  Unfortunately it was behind a fence in a pasture.  I tried to find and contact the landowners but had no luck, and was concerned that I might not get the chance to check this one off my list.  My heart admittedly sank a bit when all of the plants on the sandstone outcrop were in fruit, and appeared to have flowered weeks ago.  Then, in the shade of a Post Oak I found a single plant in bloom.

Nuttall’s Death Camas is primarily a plant of the south-central plains, occuring from Kansas to Arkansas to central Texas.  It is named for its poisonous bulb, which is said to be highly toxic to mammals.

There was also a wealth of other interesting plant species on the outcrops.  We observed Lesquerella gracilis, Calylophus berlandieri, Linum berlandieri, Chaetopappa asteroides, Marshallia caespitosa, Krameria lanceolata, Echinacea atrorubens, and more in bloom.  Unfortunately heavy winds made photographing them a real challenge.  Fortunately I was able to capture some acceptable images of White Milkwort (Polygala alba), Prairie Penstemon (Penstemon cobaea), and Reverchon’s False Pennyroyal (Hedeoma reverchonii).  The latter is restricted to central Texas and a handful of sites in Oklahoma and Arkansas. 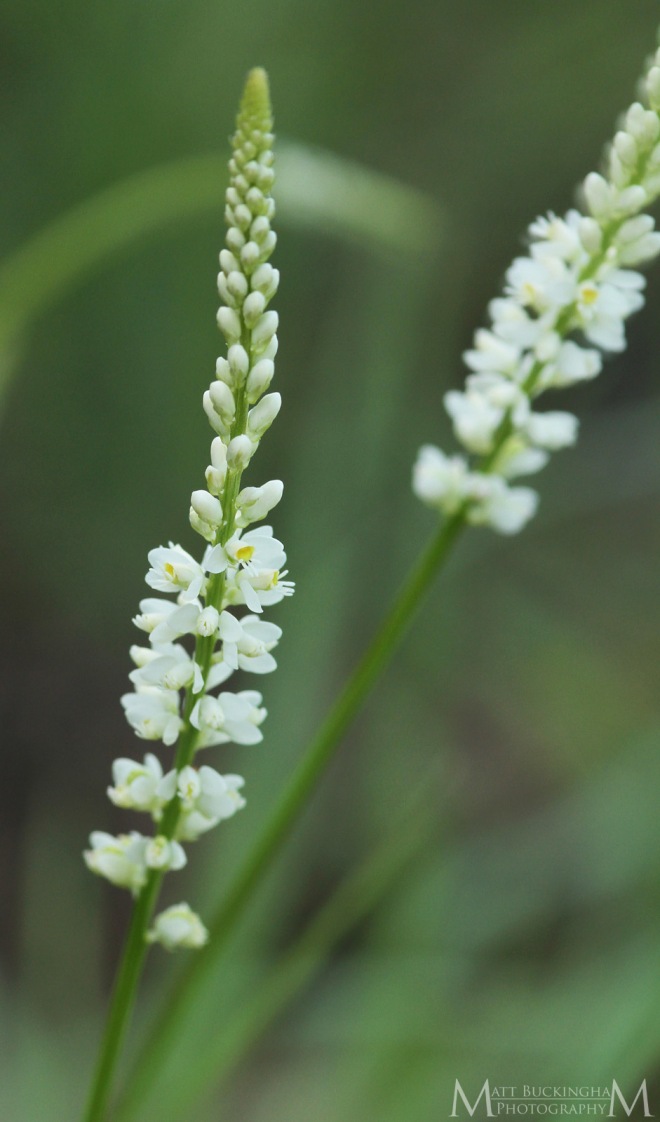 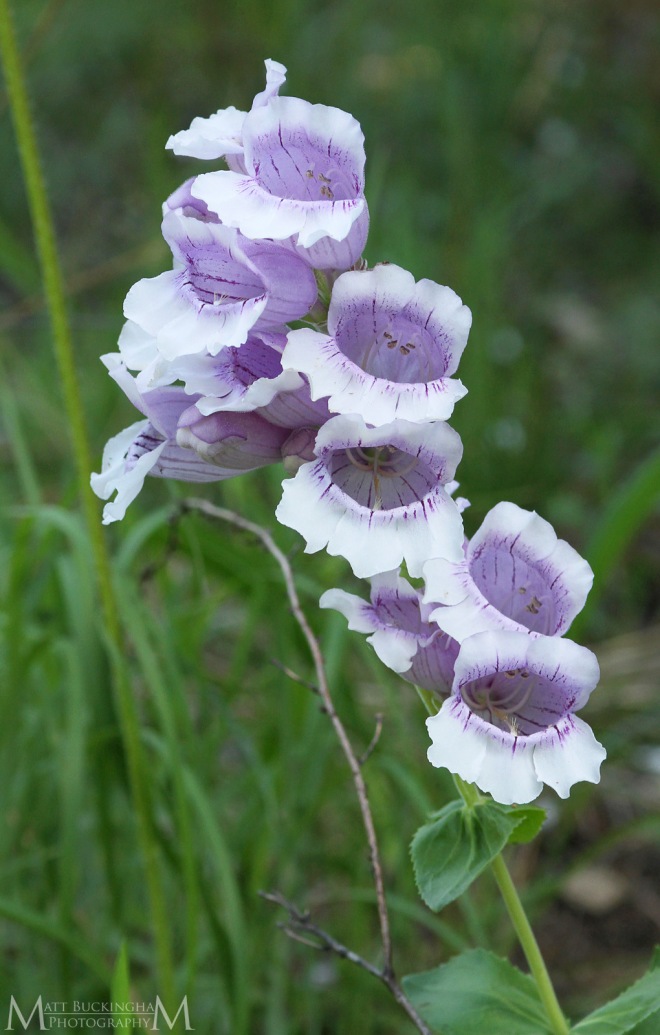 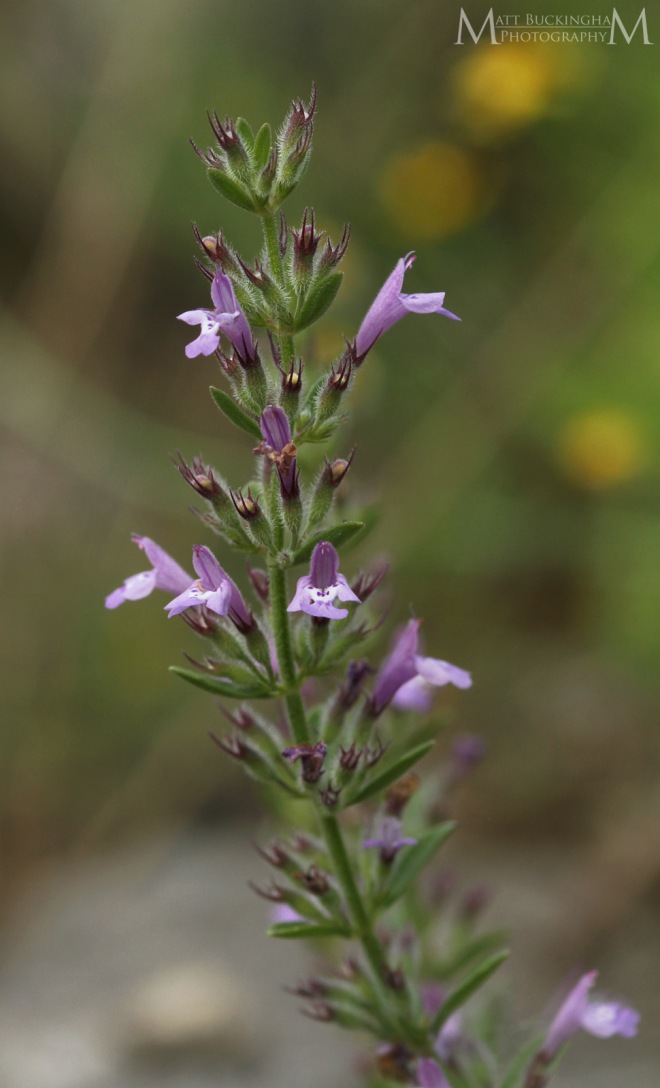 There is something really special about exploring unique habitats like this.  Sites that were probably never common on the landscape.  I look forward to returning to this outcrop in the future to see what other treasures may bloom throughout the year.