It seems like I’m always writing about something that “I’ve wanted to see since I was a kid”. That’s because, presumably like most of my lifelong naturalist friends, I spent much of my childhood pouring over field guides and natural history books, and dreaming of one day finding the beautiful and fascinating organisms contained within.  In that respect, my bucket list grew very, very long.

Readers of this blog have also likely noticed that I love beetles. My passion for these armored insects began in earnest in 7th grade, when my first life sciences teacher, Mrs. Powell, tasked us with putting together an insect collection. I already had a strong passion for nature and science thanks to my parents, but Mrs. Powell’s assignment opened up the exciting world of insect hunting and collecting to me. I have continued to collect on and off throughout the years, though today I very rarely take specimens, preferring to record encounters with my camera.

After 7th grade, we moved from Chicago to Texas, and it opened up a whole new world of entomological wonders to me. I bought field guides on Texas insects, and immediately started marking the species I wanted to see. With the help of my parents, I targeted some of these. I remember one trip in particular, when my mom took my brother, a friend, and I on a trip toward College Station to find my first Ironclad Beetle, which I did, along with my first Wheel Bug, IO Moth, and a Striped Bark Scorpion.

Over the years my passion for insects waxed and waned, as it competed with other budding interests like birds and plants. Yet I always kept a soft spot for beetles.

One species that I immediately noticed in my Texas Field Guides was the Bumelia Borer (Plinthocoelium suaveolens), a spectacular long-horned beetle that is, in my opinion, a serious contender for the most beautiful beetle in the country.  Though this species would likely be relatively easy to find due to its host specificity and propensity to visit bait traps, I had never made the effort. I had found bits of elytral and exoskeletal remains on a few occasions in central Texas, but had yet to see a live individual.

This all changed last weekend, when I visited the Nature Conservancy’s Nash Prairie Preserve. Here I found an absolute bounty of pollinators visiting the sea of blooming Rattlesnake Master in this exceptionally high quality coastal prairie remnant. I photographed Trigonopeltastes delta, a beautiful flower scarab, and watched Carolina Mantis nymphs as they sat in ambush on the Rattlesnake Master’s flower heads.

Then I saw a massive flying insect, which appeared iridescent bluish black with an orange abdomen, and I initially took to be some manner of spider wasp. When it landed, however, I instantly recognized it as the species I have so long wanted to see.

I followed this spectacular beetle around the prairie for over an hour. It was uninterested in my presence, and allowed for a very close approach as it moved from flower to flower feeding. This species comes in a variety of color morphs, and I was lucky to see one with elements of turquoise and cobalt blue. For me, it’s beauty ranks right up there with the spectacular jewel beetles of the genus Chrysina found in West Texas.

Observing this beetle was one of those magical experiences that happened when I least expected it, and it was made all the more special by the incredible setting of the Nash Prairie – a testament to the importance of this place and the conservation work of the Nature Conservancy and other organizations like it. 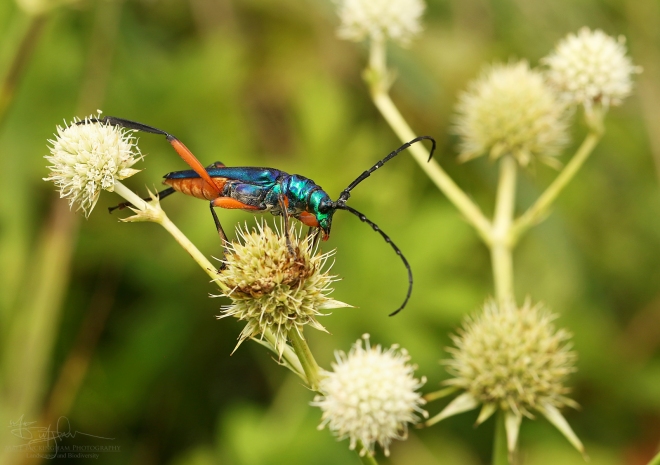 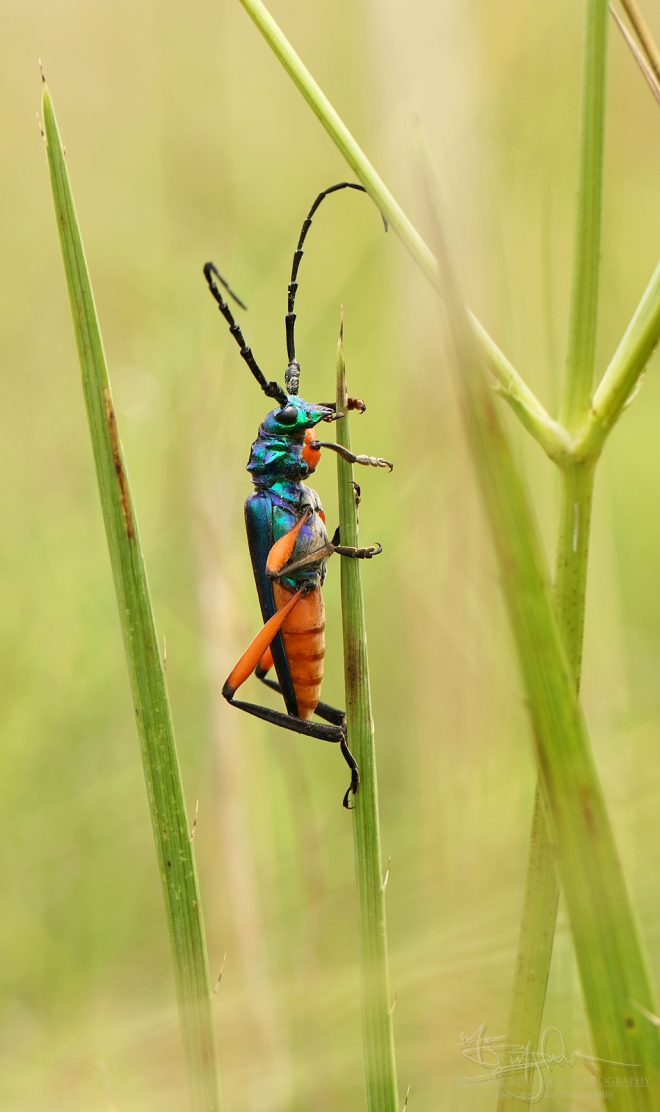 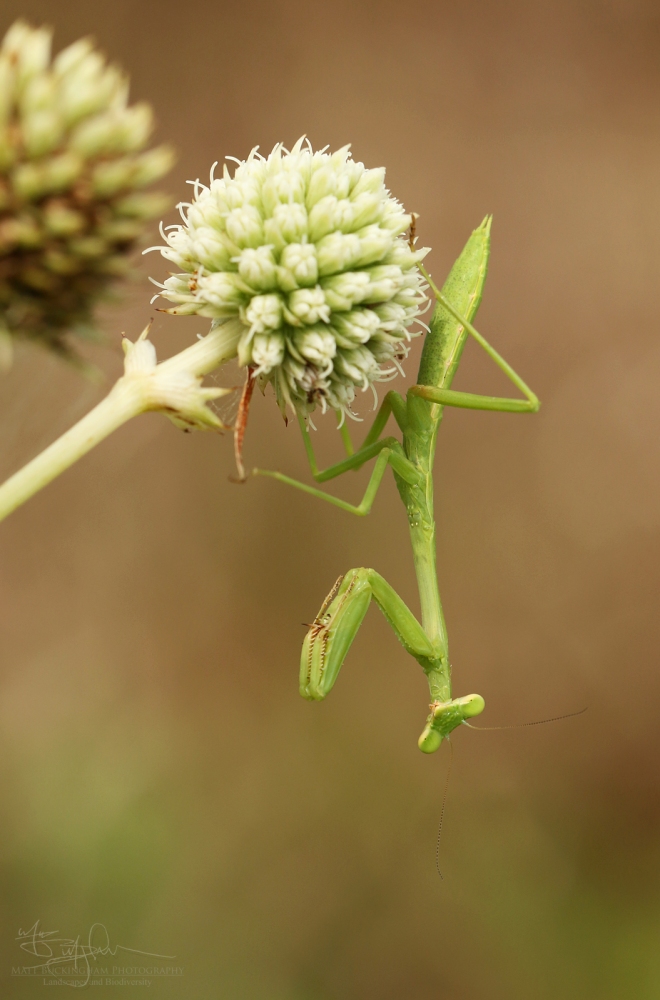 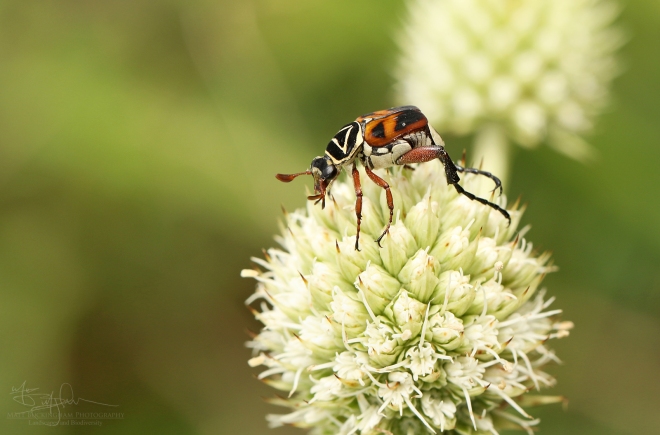