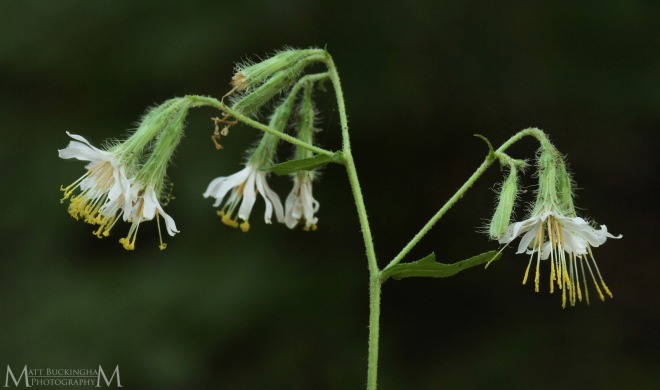 In late summer and early fall the nodding blooms of the Barbed Rattlesnake Root (Prenanthes barbata) unfurl.  It is a member Asteraceae, commonly referred to as the composite or sunflower family.  The genus Prenanthes earned the common name rattlesnake roots from their early use as a treatment for venomous snake bites.  This treatment involved consuming the plants’ milky white sap, a bitter substance produced by the plants to deter predators, and applying a poulstice of the plants’ leaves directly to the wound.  Rattlesnake root has served other medicinal purposes for native tribes and early settlers, including use a treatment for dysentery and diarrhea.  Perhaps most interestingly, some believed that smearing the juice of rattlesnake roots on one’s hands would make them invulnerable to venomous snakes.  I found this quote from William Byrd of early colonial Virginia about a closely related member of the genus Prenanthes:

“…the rattlesnake has an utter antipathy to this plant, in-so-much that if you smear your hand with the juice of it, you may handle the viper safely. Thus much can I say of my own experience, that once in July, when these snakes are in their greatest vigor, I besmear’ed a dog’s nose with the powder of this root and made him trample on a large snake several times, which however, was so far from biting him that it perfectly sicken’d at the dog’s approach and turn’d its head from him with the utmost aversion.” 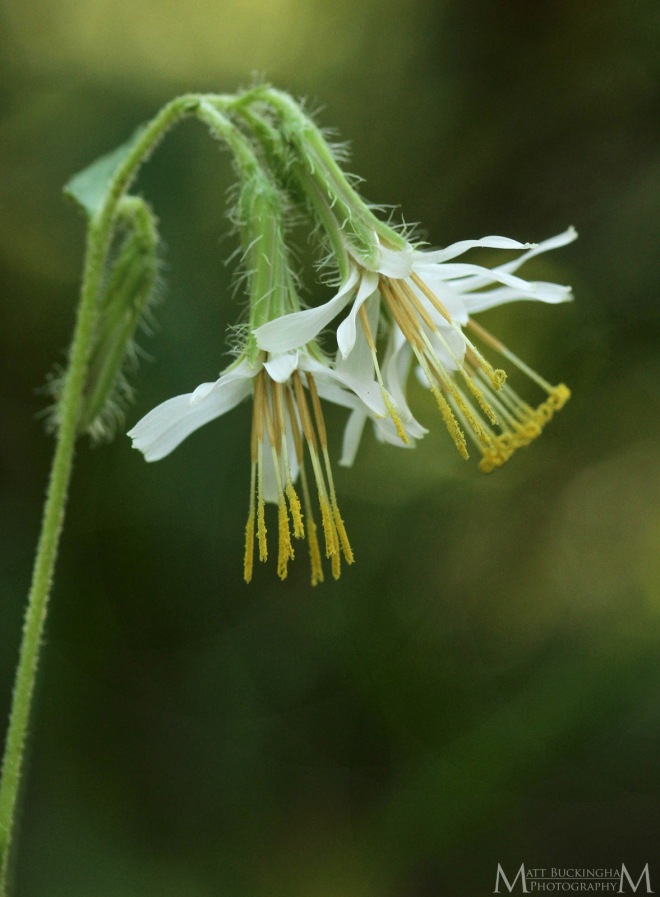 In East Texas Barbed Rattlesnake Root occurs in rich mesic forested slopes and moist flatwoods.  Elsewhere in its range it may occur in dry mesic sandy uplands, prairie remnants, and the margins of barrens and glades.  In general it is found on calcareous soils (those which are rich in calcium carbonate).  It is rare throughout its range, and in Texas it seems to have declined dramatically in recent decades as a result of habitat loss and land use conversion.  In Texas it is often found with other rare and declining species like Bloodroot (Sanguinaria canadensis) and the Kentucky Lady’s Slipper (Cypripedium kentuckiense). 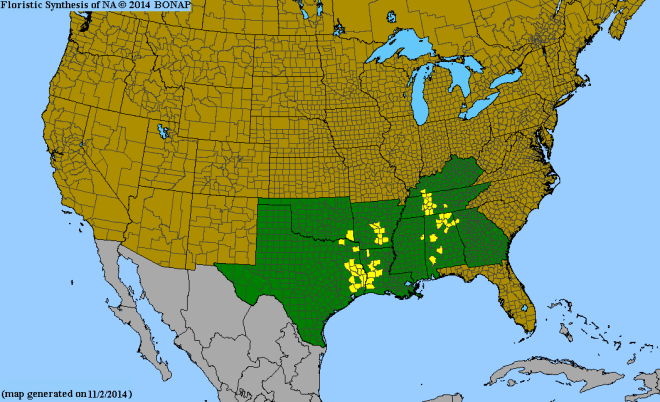 County level distribution of Prenanthes barbata.  Yellow counties indicate that the species is present and rare.

Prenanthes barbata is a striking plant.  It may reach heights of 5 to 6 feet and a single plant may contain dozens of flowers.  We found them at a few locations in East Texas growing on steep slopes grading into small to mid-sized streams. 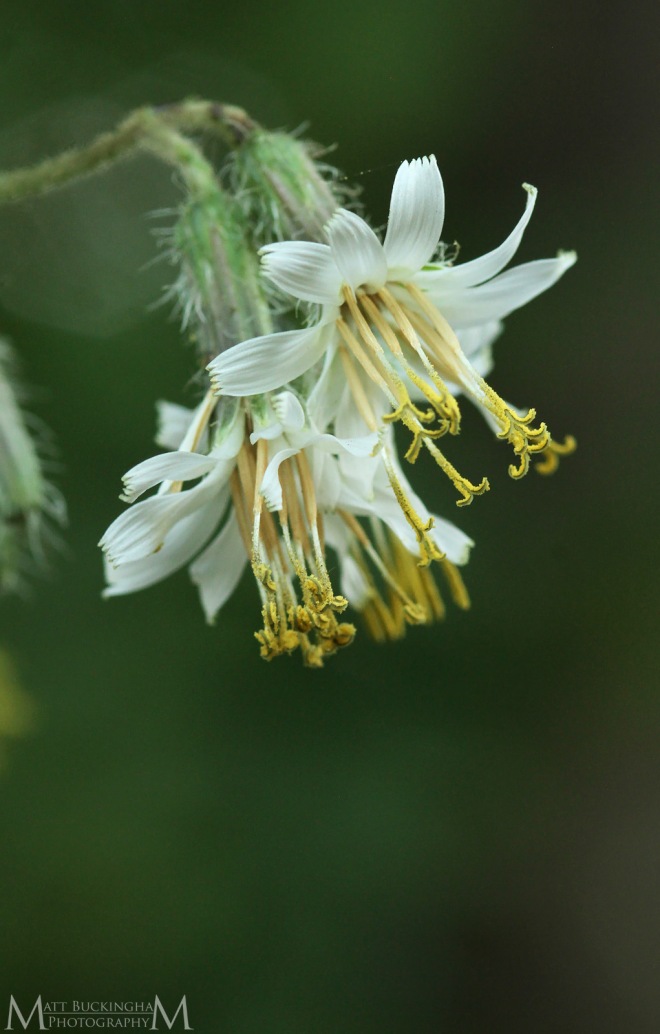 Prenanths barbata is one of East Texas’s many interesting fall-blooming plants.  Over the coming weeks I hope to document more of these species before winter all but halts flowering activities until spring comes again, to revive the botanical world.