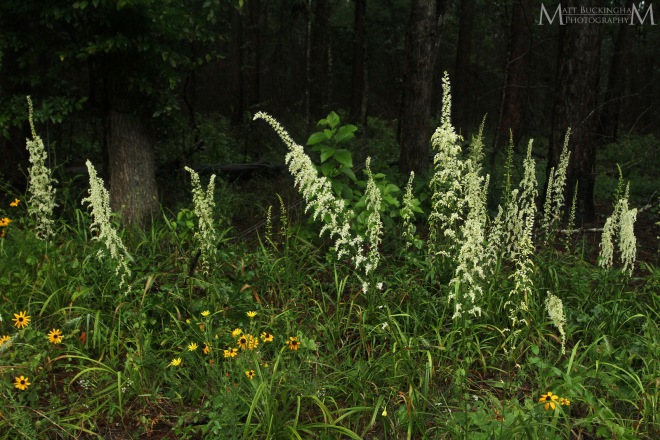 June got off to a slow start, but I finished strong, checking four more species off my list:

In early June I photographed this pair of ox beetles (Strategus antaeus) with my good friend James Childress.  We have two species of ox beetles in East Texas.  Strategus antaeus is smaller, with proportionately longer, pointed horns.  Strategus aloeus is much larger, with blunt tipped horns.  S. antaeus is primarily a species of the coastal plain, with East Texas marking the southwestern limit of its range.  It occurs in open, sandy woodlands, savannahs, and prairie openings.  The large horns of the male are used in combat to with other males to win the favor of a female. 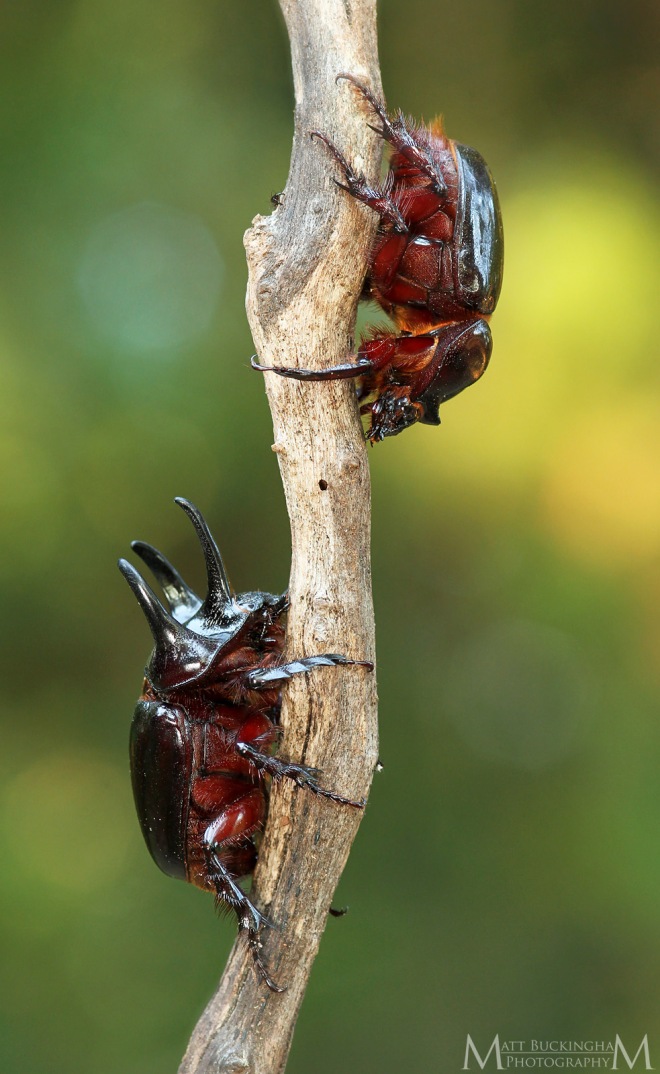 In mid June I visited one of my favorite vegetative communities: the herbaceous hillside seep.  This particular site is on private land that is managed by a combination of fire and mechanical clearing.  Historically these communities would have been kept free from woody vegetation through a combination of frequent lightning-ignited fires and poor, saturated soils.  These communities are home to a variety of rare and interesting species including carnivorous plants and a variety of orchids.  Pictured below are Pale Pitcher Plants (Sarracenia alata) and blooming Pinewoods Rose Gentians (Sabatia gentianoides).  I hope to highlight this community more in a future blog entry. 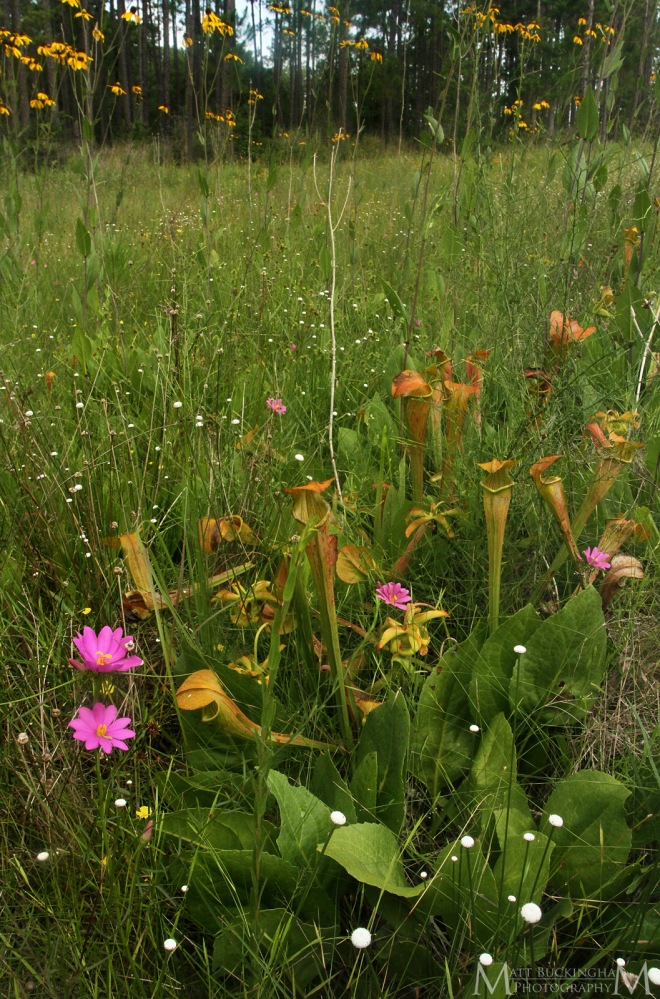 One of the herbaceous seep’s most striking summer displays comes from the Bog Coneflower (Rudbeckia scabrifolia).  This rare plant is confined to extreme eastern Texas and western Louisiana.  Here it’s habitat has all but disappeared over the past century and a half.

Similar to the herbaceous hillside seep, but occurring in areas where fire historically did not penetrate is the forested seep.  These areas are locally known as “baygalls” in reference to two typically dominant species: Sweetbay Magnolia (Magnolia virginiana) and Tall Gallberry Holly (Ilex coriaceae).  Like the herbaceous seep, baygalls are home to many rare species.  Pictured here are the blooms of the toxic Virginia Bunchflower (Veratrum virginicum).  These handsome plants may reach a height of 7 feet.

Another impressive summer bloomer is Physostegia digitalis, one of the false dragonheads.  They can reach heights of six feet or more and bear dozens of pale pink flowers.  Like the Bog Coneflowers, they are a species endemic to the West Gulf Coastal Plain, and are limited to East Texas, western Louisiana, and extreme southwestern Arkansas.  They are quite common in East Texas, existing in open sandy woodlands and highway right-of-ways.

Ongoing survey efforts for the extremely rare Louisiana Pine Snake (Pituophis ruthveni) on private land produced this Northern Scarlet Snake (Cemorphora coccinea copei).  Though they may be locally common in appropriate habitat, their preferred habitat, which includes sandy longleaf pine savannahs, xeric sandhills, and similar habitats has all but disappeared.  Scarlet snakes are specially adapted for burrowing, and they spend most of their time below ground. In East Texas their greatest periods of surface activity seem to coincide with the peak season for reptile nesting. During this time they seek out their favorite prey: reptile eggs.

This has been a good year for Eastern Featherbells (Stenanthium gramineum).  I prefer landscape shots that showcase their whispy blooms over detailed shots of individual flowers.  Eastern Featherbells is one of a suite of species typical of the eastern United States that reaches it southwestern limit in the Pineywoods of East Texas.  It seems to be uncommon to rare throughout most of its range. 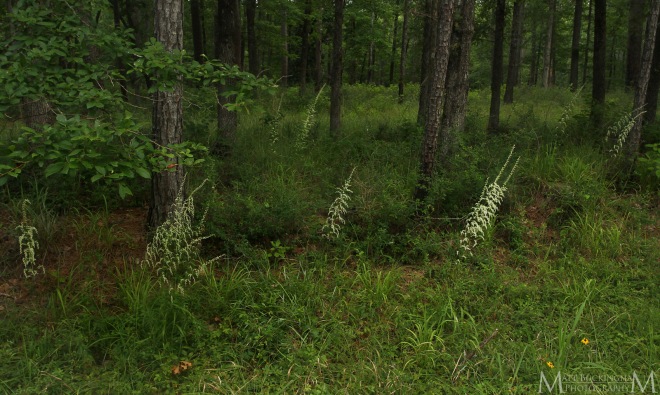 Eastern Featherbells in a dry-mesic forest.

A number of milkweed species bloom in the height of summer.  One of the more easily overlooked species is the Whorled Milkweed (Asclepias verticillata), whose tiny flower clusters hardly look like blooms from a distance.

The Federally Threatened Neches River Rosemallow (Hibiscus dasycalyx) occurs in just a few East Texas Counties.  It can be differentiated from the similar Halberd-leaved Hibiscus (Hibiscus laevis) by the dense hairs on its calyces.

As the Texas summer wears on, spending time outside becomes more and more unpleasant, however some of our most interesting species are most active and easiest to see in these sweltering months.  I look forward to seeing what July has in store.