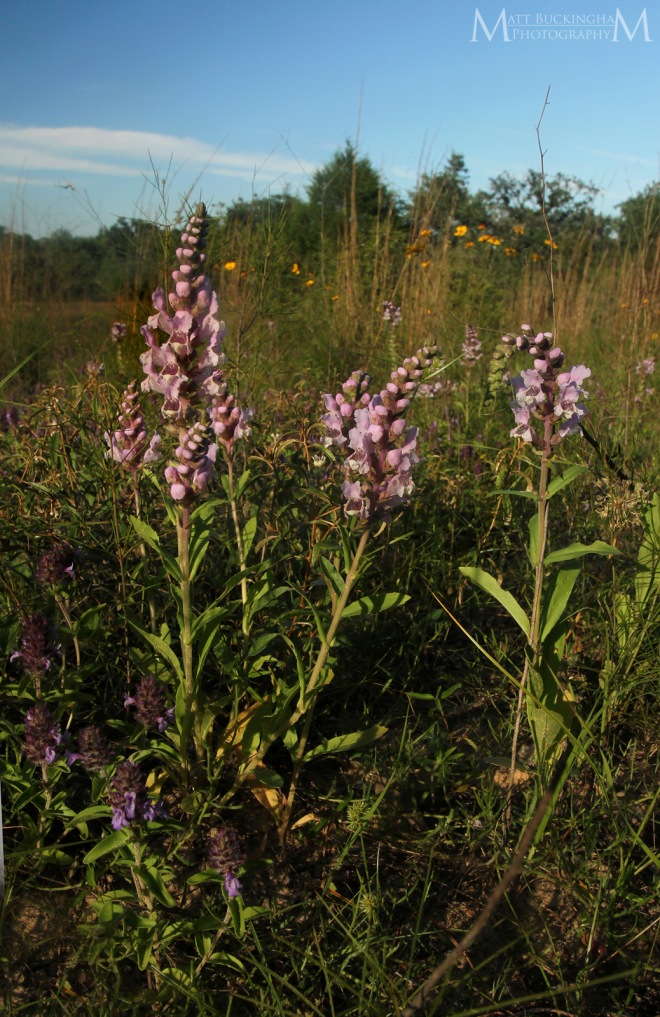 My pursuit of the Centerville Brazos Mint (Brazoria truncata var. pulcherrima brought me back to the xeric sandhills, the interesting community where I recently photographed the Smooth Jewelflower.  This time, instead of heading southeast to the Big Thicket, I traveled northeast to the transition zone between the Pineywoods and the Post Oak Savannah.  Here I found a community described by Texas Parks and Wildlife as “East-Central Texas Plains Xeric Sandyland.”

The Centerville Brazos Mint is rare.  The entirety of its range is confined to Texas, and it requires very specific conditions – deep sands with an open overstory.  These communities have declined dramatically since the colonization of Texas, and today very few high quality examples remain.  Fortunately I was able to visit some that likely appear as they did before Texas was settled.  Though they may be rare, where they occur, the Centerville Brazos Mint often thrives, forming carpets of pink over the sand.

Brazoria truncata var. pulcherrima is a member of the mint family (Lamiaceae) that is restricted to a handful of counties in East-Central Texas.  The genus Brazoria is named for the Brazos River, where it was first collected.  There are three species, all of which are endemic to Texas. 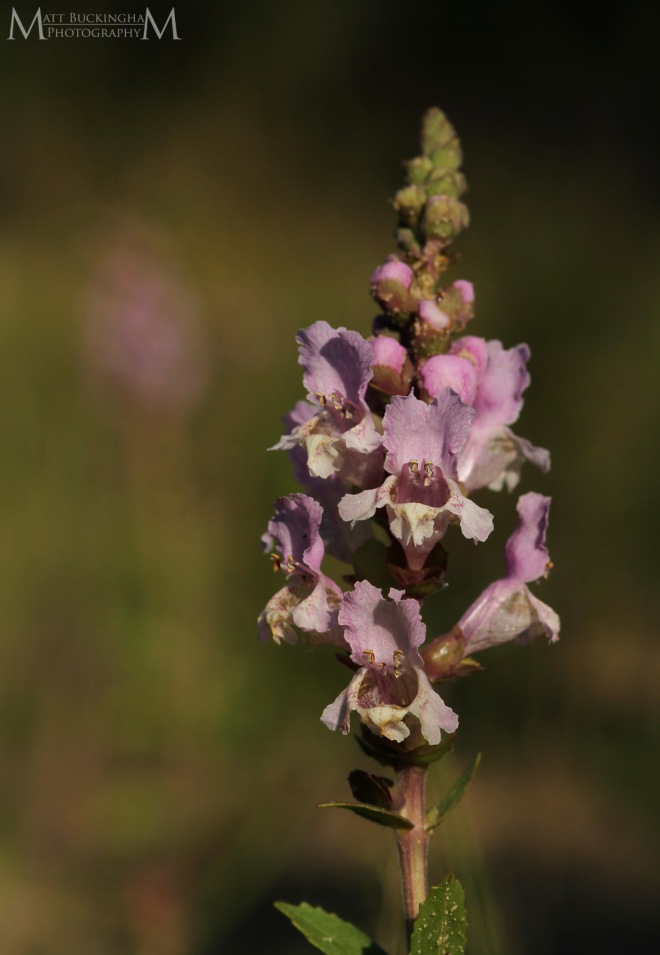 Where the Centerville Brazos Mint grows, other good things are sure to be found.  A suite of rare species occur in these sandhills.  Studies of these communities have found that they contain one of the highest levels of endemism in the Western Gulf Coastal Plain.  The day I visited I found another rare Texas endemic mint blooming in profusion – the Texas Sandmint (Rhododon ciliatus). 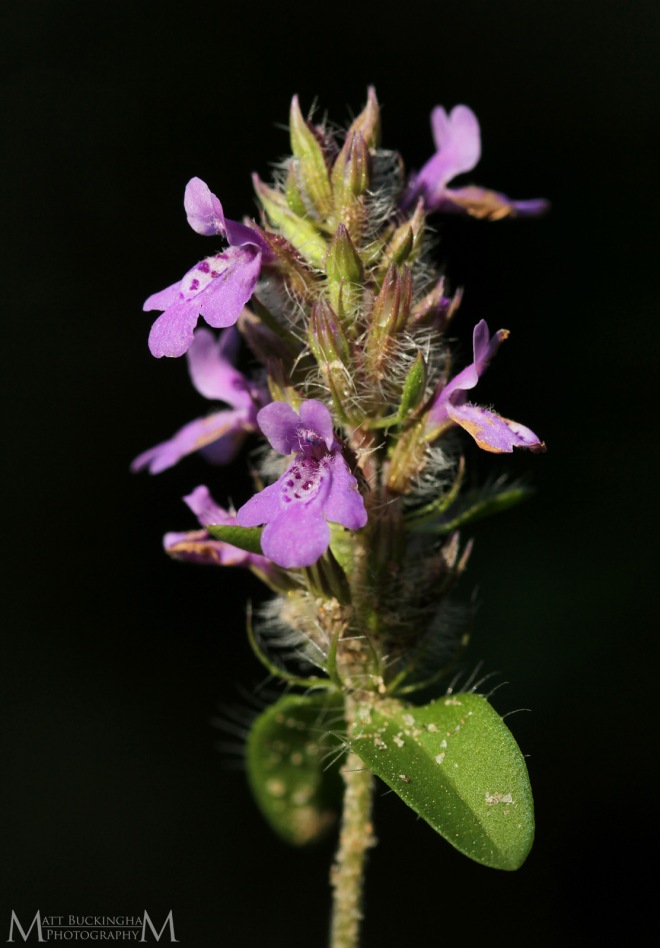 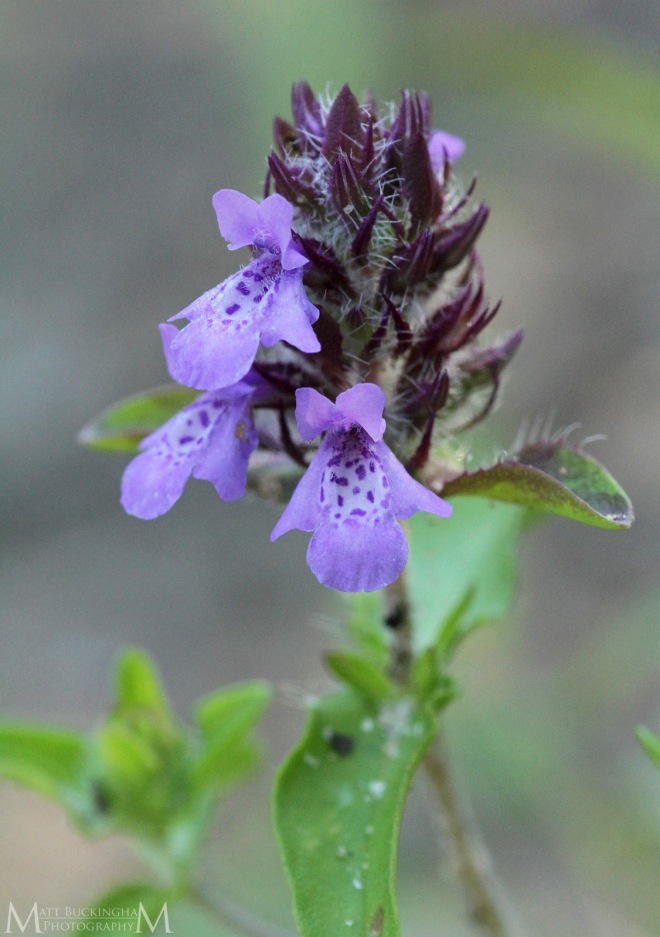 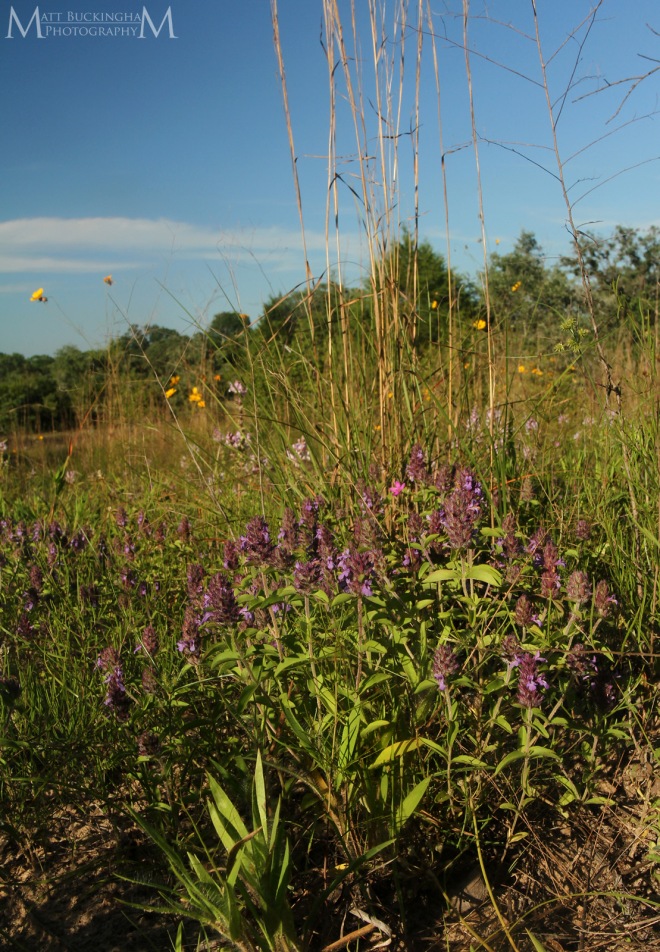 I arrived early, and spent most of the day exploring the sandhills.  At around 4:30 pm I began to see flashes of deep pink.  I recognized them as the blooms of the Prairie Fameflower (Phemeranthus rugospermus).  Another rare species, it occurs in the Central U.S. from Minnesota to East-Central Texas.  It has succulent leaves, an adaptation for the drought-like conditions that occur in the deep sands that it prefers.

The Prairie Fameflower is so rare that it was once considered for listing under the Endangered Species Act.  It remains endangered on many state lists.  Most of the flowers I saw were a brilliant deep pink.

There were a few, however, that were a light, faded pink.  The flowers of Phemeranthus rugospermus open in the late afternoon, and only for a single day.

Portions of the sandhill were carpeted by the low, creeping forbs Yellow Stonecrop (Sedum nuttallianum) and Drummond’s Nailwort (Paronychia drummondii).  In some areas the two were growing together. 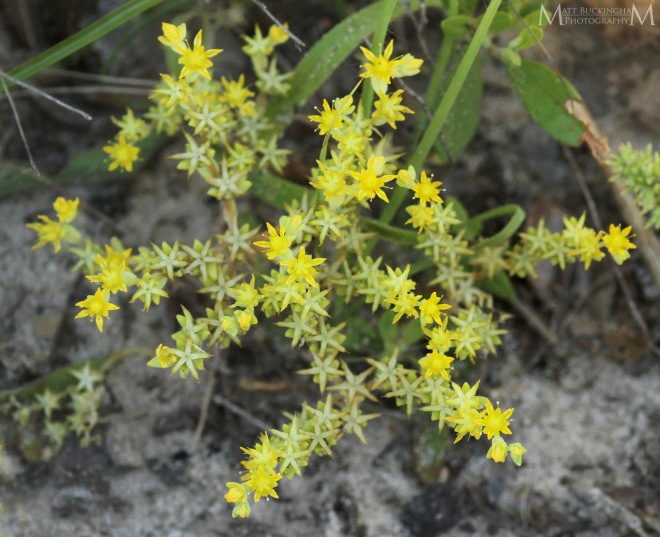 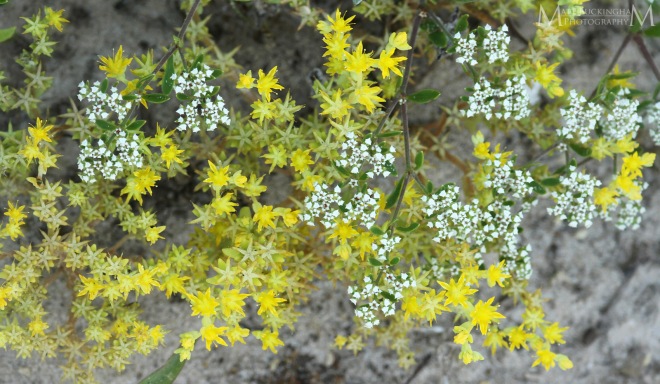 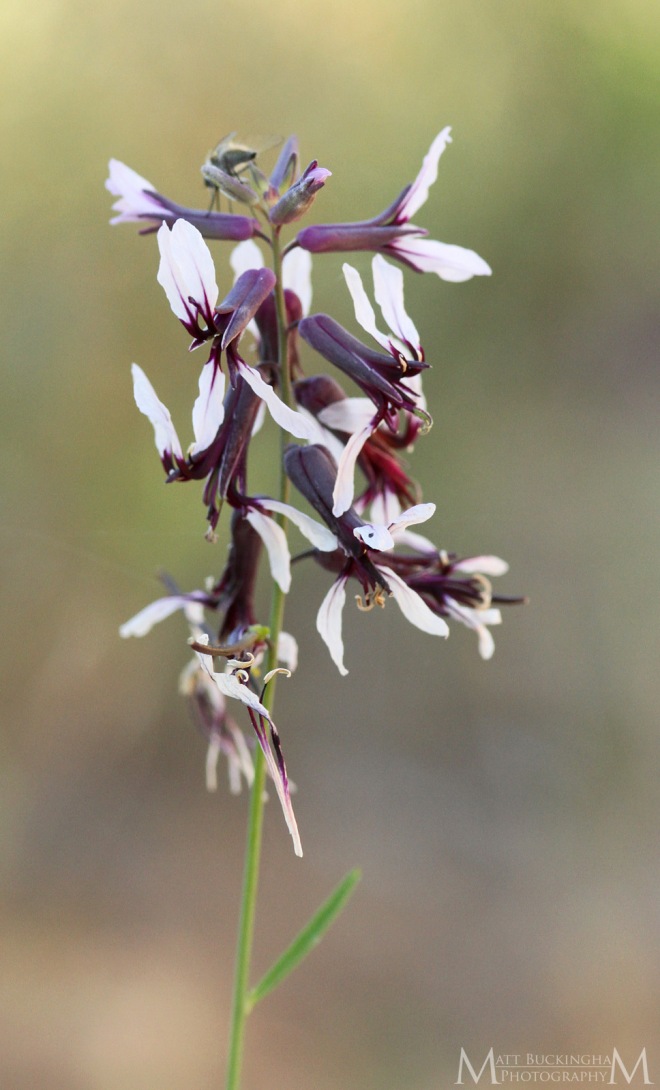 Prickly Pears were abundant in the deep sands.  The individuals here key to Opuntia cespitosa per the new treatment of the Opuntia humifusa complex by Majure, et al. 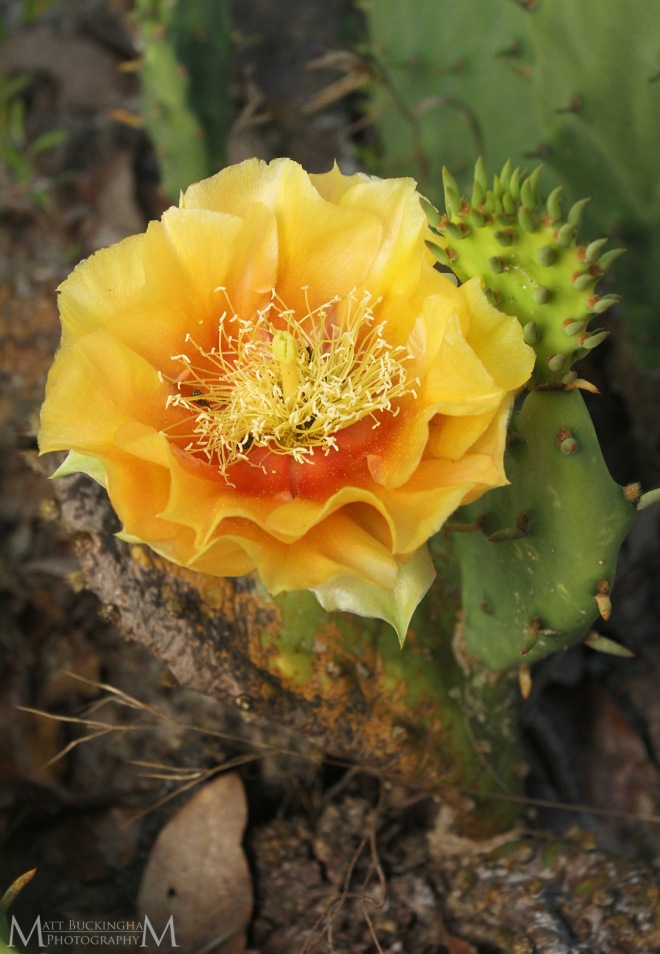 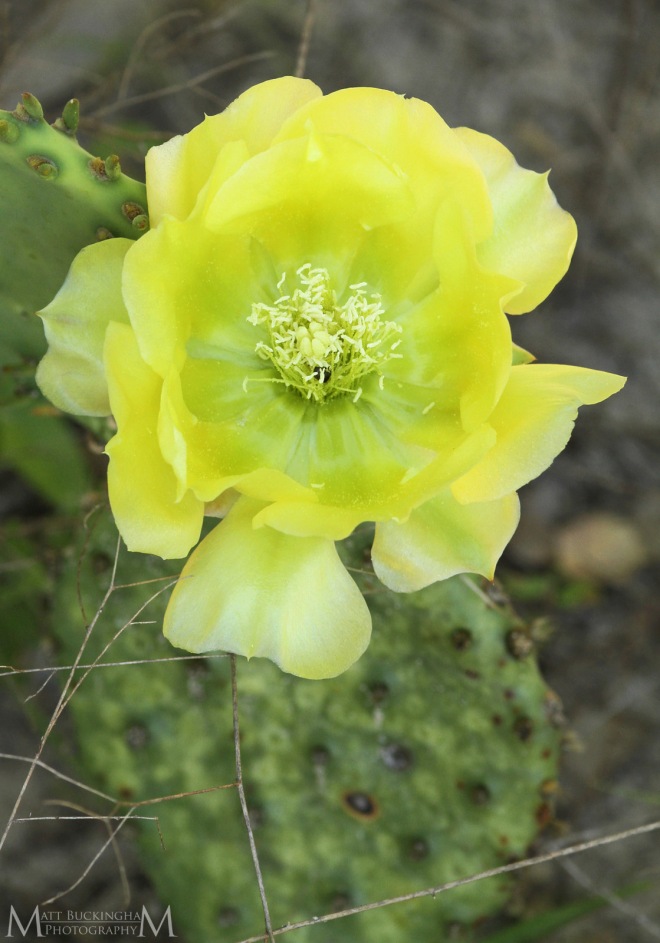 These sandhills occur in isolated pockets within a broader band of Post Oak Savannah uplands.  These savannahs were beautiful and diverse in their own right.  Though I didn’t have time to explore them properly during this visit, it gives me something to look forward to on my next visit.