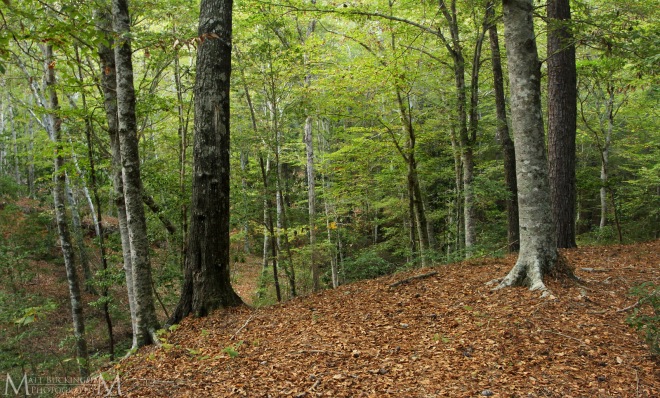 A rich mesic forest dominated by American Beech and other hardwoods

October was a productive month.  I was able to photograph another six species on my biodiversity list: 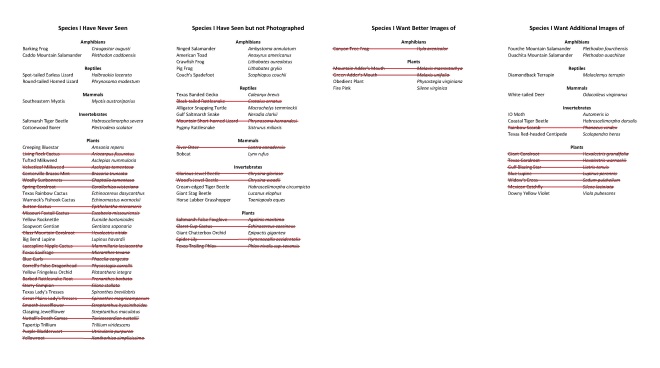 East Texas generally experiences its first significant cold fronts in October, providing our first real relief from the sweltering summers.  These cool days are the perfect time to wander around in the woods.  This year Carolina and I spent a few days in the rich mesic American beech slopes, where we searched for rare plants and early signs of fall color.

Though not particularly rare, the American Strawberry Bush (Euonymus americanus) displays its bizarre fruits in the fall.  Also known as “Hearts-a-burstin”, the fruits of this small shrub generally resemble strawberries when closed, but are hard and inedible.  In the early fall the break open to reveal the large red seeds within.

Fruits of the American Strawberry bush

The Tall Rattlesnake Root, or Tall Wild Lettuce (Prenanthes altissima) is very rare in Texas, known only from a few sites in Jasper and Newton Counties.  Here it is at the southwestern extent of its range.  It occurs along small streams in rich mature hardwood dominated forests.

Always found among the roots of its host plant, Beechdrops (Epifagus virginiana) is parasitic on the roots of American Beech.  This bizarre plant lacks chlorophyll and is entirely dependent on its host for energy. 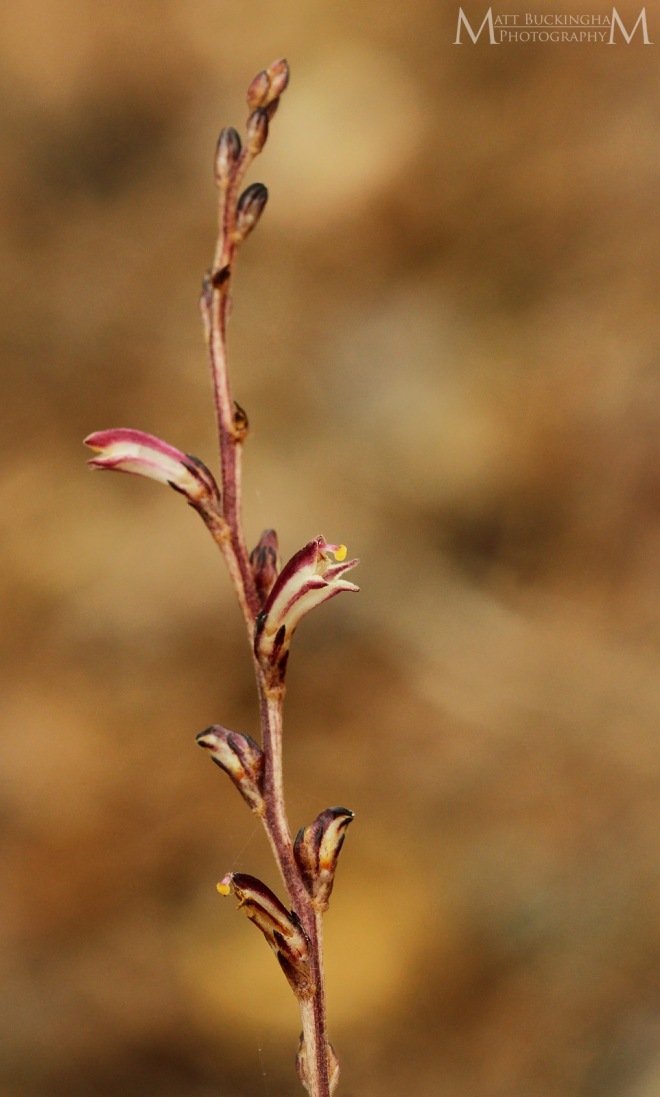 After a long day of botanizing, I spotted the unmistakable form of a Canebrake Rattlesnake (Crotalus horridus) crossing the road. The sighting was remarkable, and special to me, in that it occurred on the 2nd busiest highway in my county. It had made it most of the way across two lanes of traffic, and was nearly across the shoulder when I spotted it. I quickly turned around, worried that some vehicle would come from behind and purposely put an end to this beautiful creature, an all too common occurrence here, perpetrated by the unsympathetic and uninformed. Fortunately it made it safely across the pavement, and I watched as it inched across the right-of-way toward the dense forest beyond.

This encounter also helped remind me that sometimes there are more important things than getting the shot. I’ll admit, I hoped very much to capture a spectacular image of this three and a half foot beauty. But as I tried to balance poor light, a multitude of onlookers passing by at 70 miles an hour, and issues with trespassing, I realized that not only was it futile, but completely unnecessary. Simply spending a few moments with this incredible creature was more than enough.